"Based on recent developments, including the former President’s announcement that he is a candidate for President in the next election, and the sitting President’s stated intention to be a candidate as well, I have concluded that it is in the public interest to appoint a special counsel," Garland said in a statement. "Such an appointment underscores the Department’s commitment to both independence and accountability in particularly sensitive matters. It also allows prosecutors and agents to continue their work expeditiously, and to make decisions indisputably guided only by the facts and the law."

Excerpt from Politico: The announcement represents a new phase in the extraordinary investigations into an ex-president and his allies and comes as Trump mounts a new bid to reclaim the presidency. The special counsel’s purview will include the Justice Department’s ongoing probe of Trump’s alleged retention of highly sensitive national security secrets at his Mar-a-Lago estate, as well as aspects of the effort by Trump and his allies’ effort to subvert the 2020 election and disrupt the transition of power to President Joe Biden. Garland expressed an urgency behind both investigations, emphasizing that Smith’s appointment should not slow them down. "I will ensure that the Special Counsel receives the resources to conduct this work quickly and completely," Garland said.
Embed from Getty Images

According to the Washington Post, Jack Smith — the special counsel tasked with investigating former president Donald Trump’s possible mishandling of classified documents at his Mar-a-Lago Club and residence and key aspects of the Jan. 6 probe — is a longtime federal prosecutor and seasoned investigator.

Excerpt from the Washington Post: "Mr. Smith will begin his work as special counsel immediately and will be returning to the United States from The Hague," Garland said Friday afternoon in announcing his choice of Smith, who is currently serving as a war crimes prosecutor with the International Criminal Court. "Throughout his career, Jack Smith has built a reputation as an impartial and determined prosecutor who leads teams with energy and focus to follow the facts wherever they lead." In a statement Friday, Smith promised to conduct the investigations and any possible prosecutions independently. "The pace of the investigations will not pause or flag under my watch. I will exercise independent judgment and will move the investigations forward expeditiously and thoroughly to whatever outcome the facts and the law dictate," he said.

The newly named special counsel in the Trump investigations, most recently served as the chief prosecutor for the special court in The Hague, where he investigated war crimes committed during the Kosovo War, writes NBC News.

Excerpt from NBC News: Before The Hague, Smith served as the vice president of litigation for the Hospital Corporation of America, the nation’s largest nongovernmental health care provider. Smith began his prosecutorial career in 1994 as an assistant district attorney with the New York County District Attorney’s Office. In 1999, he became an assistant U.S. attorney for the Eastern District of New York, where he worked for nine years prosecuting issues such as gang murders of police officers as well as civil rights violations, according to a bio from the Justice Department. From 2008 to 2010, Smith worked at the International Criminal Court where he oversaw war crimes investigations. In 2010, Smith returned to the Justice Department where he worked as chief of the Public Integrity Section, overseeing public corruption and elections-related investigations. In 2015, he served as the first assistant U.S. attorney for the Middle District of Tennessee before becoming the acting United States attorney.
Embed from Getty Images 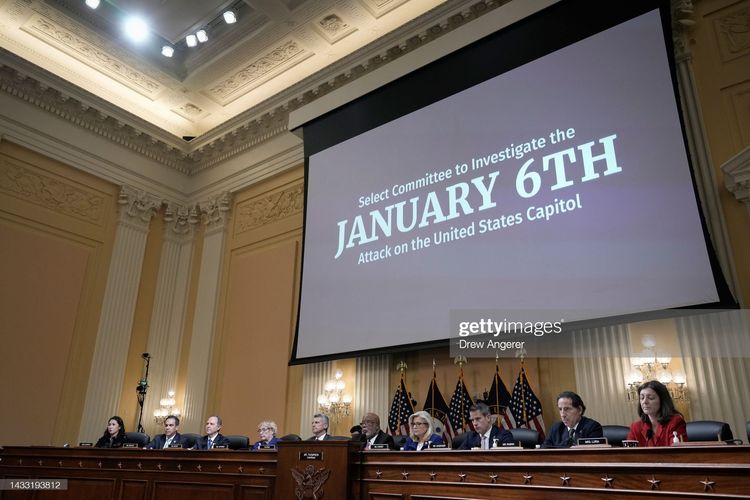