On Monday of last week, Sam Bankman-Fried, the chief executive of the cryptocurrency exchange FTX, took to Twitter to reassure his customers: "FTX is fine," he wrote. "Assets are fine."

By Friday, FTX announced that it was filing for bankruptcy, capping an extraordinary week of corporate drama that has upended crypto markets, sent shock waves through an industry struggling to gain mainstream credibility and sparked government investigations that could lead to more damaging revelations or even criminal charges, reports the New York Times.

Excerpt from New York Times: In a statement on Twitter, the company said that Mr. Bankman-Fried had resigned, with John J. Ray III, a corporate turnaround specialist, taking over as chief executive. The speed of FTX’s downfall has left crypto insiders stunned. Just days ago, Mr. Bankman-Fried was considered one of the smartest leaders in the crypto industry, an influential figure in Washington who was lobbying to shape regulations. And FTX was widely viewed as one of the most stable and responsible companies in the freewheeling, loosely regulated crypto industry. Now, the bankruptcy has set up a rush among investors and customers to salvage funds from what remains of FTX. A surge of customers tried to withdraw funds from the platform this week, and the company couldn’t meet the demand. The exchange owes as much as $8 billion, according to people familiar with its finances.
Embed from Getty Images

According to the Wall Street Journal, FTX suffered an "unprecedented" failure of control over billions in cash and cryptocurrency assets that has left current management scrambling to establish just how much money the bankrupt crypto platform has today, its new chief executive said.

Excerpt from the Wall Street Journal: FTX didn’t keep reliable books or track its crypto dealings and seemingly allowed the company’s resources to be used as a personal slush fund for management under the leadership of co-founder Sam Bankman-Fried, according to a sworn declaration filed in bankruptcy court on Thursday by the new CEO John J. Ray. "Never in my career have I seen such a complete failure of corporate controls and such a complete absence of trustworthy financial information as occurred here." Mr. Ray, who led the liquidation of Enron Corp.’s assets in the years after the company collapsed, painted a dire picture of a cryptocurrency giant that until recent weeks was touted as a potential savior for other companies struggling in a brutal downturn of digital assets. He said the problem lay in "the concentration of control in the hands of a very small group of inexperienced, unsophisticated and potentially compromised individuals."
Embed from Getty Images

When FTX raised $420 million from an array of big-name investors in October last year, the cryptocurrency exchange said the money would help grow the business, improve user experience and allow it to engage more with regulators. Left unmentioned was that nearly three-quarters of the money, $300 million, went instead to FTX founder Sam Bankman-Fried, who sold some of his personal stake in the company, according to financial records reviewed by the WSJ.

Excerpt from the Wall Street Journal: Mr. Bankman-Fried’s cashout was large by startup-world standards, where such sales historically were taboo because they allow founders to reap profits before investors. Mr. Bankman-Fried told investors at the time it was a partial reimbursement of money he spent to buy out rival Binance’s stake in FTX a few months earlier, according to some of the people familiar with the transaction. The deal offers a glimpse at the swirl of money between Mr. Bankman-Fried and multiple entities he controlled while his crypto business flourished, a funding stream that helped finance a burst of political donations, philanthropic commitments and a large purchase of Robinhood Markets Inc. stock in the past year. FTX’s new chief executive installed to oversee the bankruptcy, said in a court filing Thursday the process would involve the "comprehensive, transparent and deliberate investigation into claims against Mr. Samuel Bankman-Fried" and other cofounders of the entities.
Embed from Getty Images 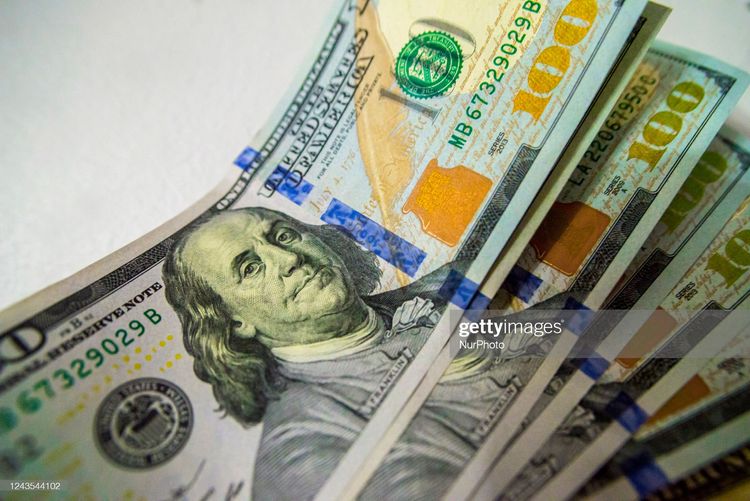