It's an old horror movie trope; an urban legend that probably dates back to the 1960s. The typical storyline is this: a young babysitter in an isolated farm house far from town has put to the kids to bed and receives two ominous phone calls asking if she has checked on the kids recently. She ignores the strange calls, but decides to call the police and asks them to trace the next call. As soon as the babysitter hangs up with the stranger for a third time, the police call immediately and tell her "the calls are coming from inside the house."

It's a scary thought, right? Probably why it's existed for so long.

But beyond a horror movie plot device, the phrase is also a metaphor that your greatest fear is not an outsider who's knocking on the door, but something that's already gotten inside. Was a door left unlocked? Perhaps a window left open? What allowed this malevolent force to enter your home? And the biggest question of all: Was this completely out of your control or was it something you could have stopped?

The "inside the house" analogy seemed to accurately capture the mood last night as Donald Trump declared his intention to run for president again in 2024. His muted, almost brooding announcement to an unenthused, thinly-packed room at his Mar-a-Lago estate in Florida garnered a lackluster response. According to the Washington Examiner, a video from ABC News reporter Olivia Rubin appears to show people being barred from leaving the ballroom as the former president was delivering his address.

A crowd has formed by the exit of the ballroom as some try to leave Trump’s announcement speech before he has finished…. But security won’t let them. pic.twitter.com/O7C6QJfYgK

Similarly, in the lead up to last night's announcement, multiple voices in the Republican party have placed most of the blame for their underwhelming performance in the midterm elections squarely at his feet. Undeterred by the criticism (Trump has remarked that it feels like 2016 again) and determined to reclaim the narrative and reassert his dominance as a GOP frontrunner, he went ahead with the speech anyway. However, its clear that the political dynamics have changed significantly since his 2016 campaign.

It's been widely reported that Rupert Murdoch, the media mogul behind the New York Post, Washington Post, and Fox News, which certainly assisted in carrying water for the former president during his term and in the aftermath of January 6th, has told Trump that he will not support him in another bid for president. The overwhelmingly negative coverage from Murdoch's many outlets since the midterm elections would appear to confirm this decision.

Conservative donors have also soured on Trump's grievance-ridden politics, which the election glaringly demonstrated doesn't resonate with regular voters who need real solutions to their problems. Even the billions of dollars pumped into these Senate and Gubernatorial races in swing states could not save their candidates from their association with Trump. Even the editors at the conservative magazine, National Review, published an immediate response to his announcement simply entitled, No.

It's been a stunning reckoning for the Republican party. And almost as if epitomizing this new reality, two of Trump's staunchest supporters during the last two years, Josh Hawley in the Senate and Matt Gaetz in the House, have started to now distance themselves from the former president and talk of changing the GOP's leadership in Congress. It's an about-face from two representatives who were all in with the "Big Lie" and its aftermath. Neither attended Trump's announcement.

Even amid all of this repudiation, as I wrote in my article 'We Have Met the Enemy', Trump is not going to go quietly into the night. As we've learned time and time again, he is more than willing to burn it all down instead of admitting defeat or irrelevance. America had a close call on January 6th, but in this case, the target is now the Republican party.

Which brings us back to our horror movie trope. Trump is already in the house. He is lurking in the shadows causing repeated headaches and havoc for the conservatives that simply want to be rid of him once and for all.

It can be argued that the party had no choice in 2015 as Trump convincingly and consistently beat out his rivals in the primaries. He ultimately accumulated enough delegates to be crowned the party's nominee for the general election, and the "inside straight" of wins in Pennsylvania, Michigan, and Wisconsin sealed his 2016 win.

Although Trump's candidacy and subsequent presidency faced fierce blowback from long-time conservatives and GOP loyalists who saw their party being highjacked by Trumpism, many embraced him as a necessary conduit for their ideological wins: massive tax cuts, decreased border crossings, and three Supreme Court justices.

However, as chaos increasingly became the order of the day and domestic issues like Charlottesville, the George Floyd riots, and Covid demonstrated Trump's inability to govern for the good of the people, the Republican party stayed by his side. Writing in my 'Knives Out for the Mad King' essay, when Trump was impeached for a second time after the January 6th insurrection, I argue that Republican Senators had the opportunity – and responsibility – to convict him.

Not only would it have been the honorable action to take after the devastating attack on our US Capitol, but it would have rid the Republican party of Trump forever. Would the MAGA wing of the party revolted and punished them in upcoming elections? Absolutely. But how is that any different than what just happened in the midterms? It was a lose-lose proposition, and the senators chose the more dishonorable path.

So now, the calls are coming from inside the house, and like an uninvited guest that will haunt the Republicans for the next two years, Trump will sow discord and dismay within the party. Their future is uncertain. Make no mistake, they had the chance to lock the doors and windows, but as with most horror movies, the characters' choices are not always the smartest ones. 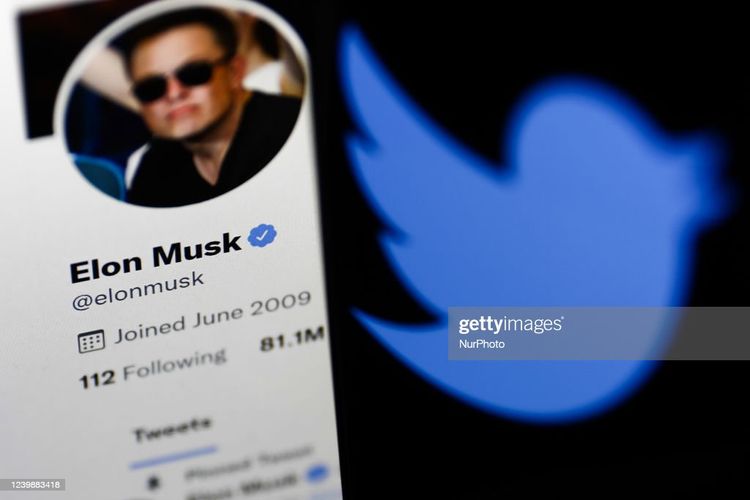 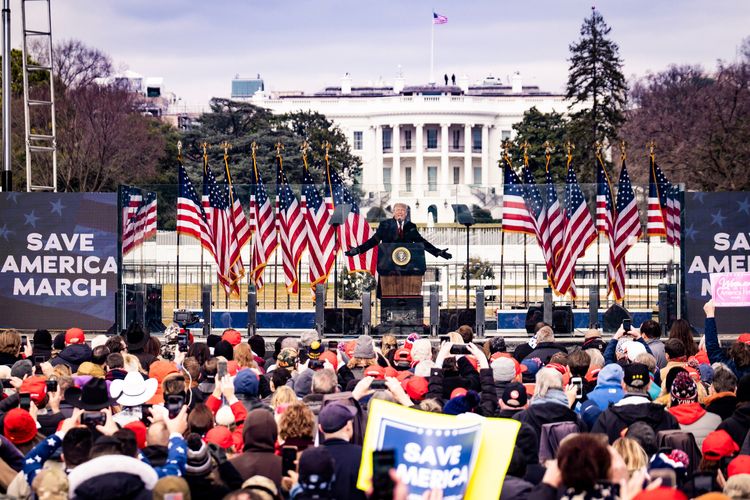 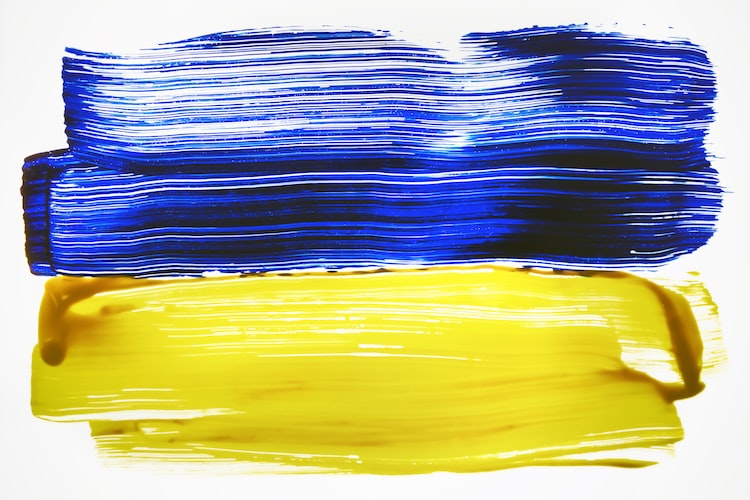 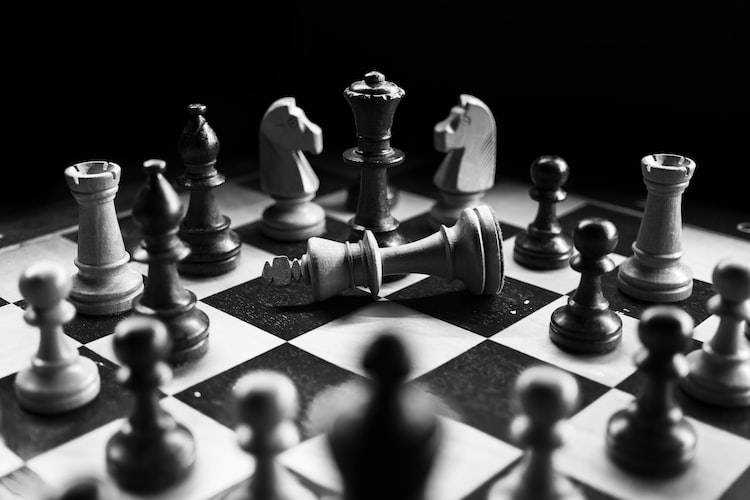 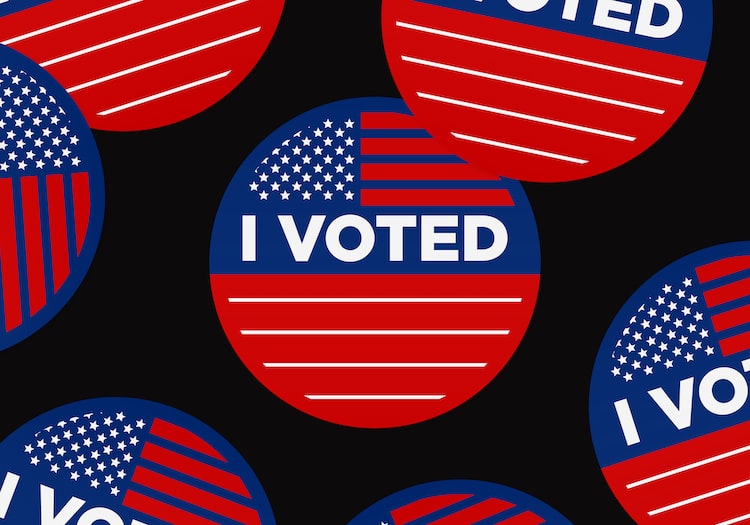