In less than a week, Ukraine’s military made startling gains against Russian forces in the Kharkiv region, potentially changing the tide of a war that has raged for more than half a year and changed the geopolitical fabric of Europe, writes the Washington Post.

Excerpt from the Washington Post: In a stunning counteroffensive, Ukrainian troops pushed east, seizing Balakliya on Thursday. Forces then continued toward Izyum and Kupyansk, areas which were under Russian control for months. By Sunday, Russian troops retreated, leaving more than 1,100 square miles back in the hands of Ukraine, according to the Ukrainian Commander in Chief Valery Zaluzhny. Russia’s defense ministry said troops were "regrouping." In the last five days, Ukraine has recaptured more territory than Russia has taken since April, according to the Institute for the Study of War, which closely tracks the conflict.

According to Politico, not even the Pentagon expected Ukraine’s blitzkrieg to move so quickly. Top Western defense officials were informed in advance that Ukraine was planning a two-front counteroffensive to retake territory captured by Russia, but they have been surprised by the blistering pace of Kyiv’s gains in the north, according to four officials with knowledge of the discussions.

"Everyone was surprised how the Russians ran," said the Ukrainian government official on condition of anonymity to discuss a sensitive operation.

Excerpt from Politico: Ukrainian forces rolled through lightly manned Russian posts around Kharkiv over the weekend, retaking more than 1,000 square miles around the city and pushing east — in some cases all the way up to the Russian border. Russian forces retreated from two key logistical hubs, the towns of Izyum and Kupiansk, as their ranks were depleted by the simultaneous fight in Kherson in the south. The northern offensive has been conducted by a relatively small force — just a handful of brigades with a few thousand soldiers each, according to a U.S. official and a Western diplomat. Many of the Russian outposts were manned by conscripts and lightly trained and armed troops from occupied areas of Ukraine who were overwhelmed by the firepower and armored vehicles of the approaching forces.
Embed from Getty Images

Almost seven months into a war that has already taken a number of unexpected turns, the Ukrainian military stunned the world as it succeeded in driving Russia’s forces out of swaths of territory in southern and eastern Ukraine in a counteroffensive over the past week, reports Foreign Policy.

"The Russian military has performed worse than I would have ever imagined," said Ben Hodges, a former commanding general of the U.S. Army in Europe. "It’s too early to plan a victory parade here, but I think the Ukrainians are at a point of achieving irreversible momentum so long as we, the West, stick with them."

Ukraine Put Putin in the Corner. Here’s What May Happen Next (Foreign Policy)

Excerpt from Foreign Policy: The Russian military’s rapid collapse in the face of Ukraine’s surprise offensive has turned the whole narrative of the war on its head, convincing many Western policymakers that Ukraine could actually win a strategic victory, while pushing Putin to his most politically vulnerable point since the onset of the war after a series of embarrassing military setbacks for Moscow. Unlike Moscow’s tactical withdrawal from the Kyiv region in the spring as it sought to focus its efforts on eastern Ukraine, this time Russian troops scattered in the face of the Ukrainian advance, leaving behind scores of tanks and ammunition. Amid a battlefield rout and increasing pressure from Russian nationalists and influential war bloggers, Russian President Vladimir Putin finds himself under increasing pressure to escalate the conflict with an ever-more-threadbare military as the world waits to see how the country’s increasingly erratic president will respond to finding himself in the corner.
Embed from Getty ImagesEmbed from Getty Images

In a podcast from its Consider This program, NPR shares the stories of Ukrainians who spent months under Russian occupation and takes a look at what the counteroffensive means for the next phase of the war.

With New Counteroffensive, Ukraine Punches Back (NPR's Consider This)

And finally, in a related story from CNN, it reports that when Chinese leader Xi Jinping and Russian President Vladimir Putin sit down with other Asian leaders at a summit in Central Asia Friday, they will seek to present a united front to counterbalance the United States and its allies.

Excerpt from CNN: Beginning Thursday, leaders from the grouping, including India, Pakistan, Iran and four Central Asian countries, have convened in the city of Samarkand in Uzbekistan, which has seen a flurry of high-level talks, including the first face-to-face meeting between Xi and Putin since the invasion. But within their "no-limits" relationship, potential differences over Russia’s faltering invasion of Ukraine are beginning to emerge. During their talks, Putin conceded that Chinese officials had "questions and concerns" over his protracted military assault, in what appeared to be the first – although somewhat veiled – admission of their differences on the conflict. Moscow’s invasion has left it diplomatically isolated, and its economy severely weakened by a raft of punishing Western sanctions. China has offered Russia tacit support and stepped up economic assistance to its neighbor, but as the conflict drags on into winter, analysts question how far Xi will be prepared to go in continuing to back Putin – and at what cost.
Embed from Getty Images

Following the death of a young woman while in the custody by Iran's morality police, protests erupt across the country and security forces respond with force.
Sep 23, 2022
3 min read
Sep
09

Britain and World Mourn the Death of Queen Elizabeth II

The United Kingdom and the world remember Britain's longest-serving monarch who died at the age of 96 after a 70-year reign.
Sep 9, 2022
6 min read
Sep
09 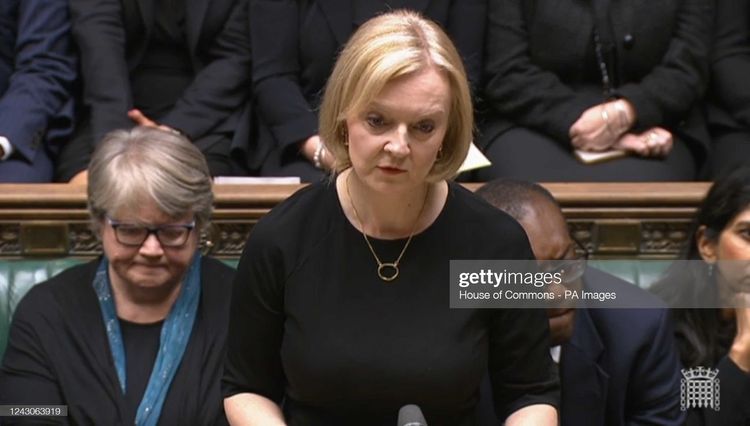